A vintage reproduction of the classic 1925 international Scotland rugby shirt

Made from 100% cotton, this Ian Smith jersey is a study of the original worn by the iconic (Australian born) Scottish winger.

We’ve incorporated the traditional thistle emblem on the chest with unparalleled detail, delivering an authentic vintage jersey that is tailored for a contemporary audience. 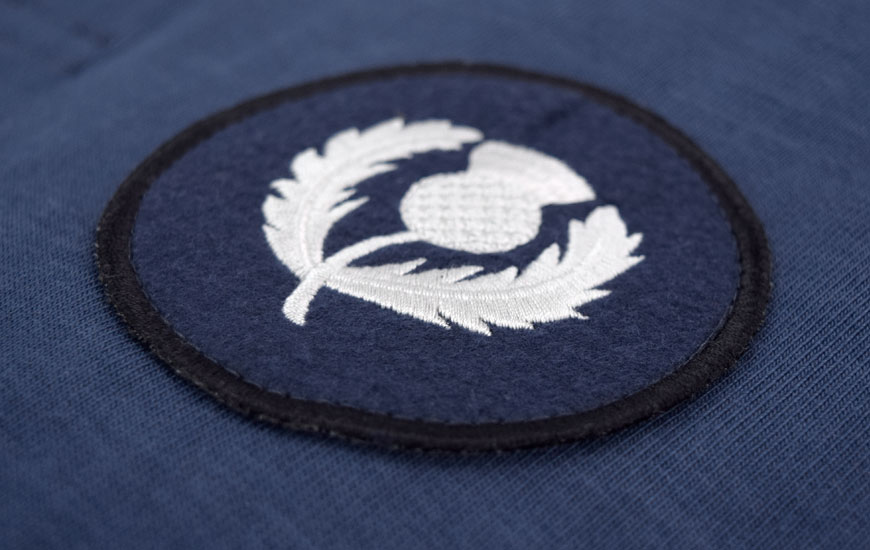 ‘Greatest wing of all time’

Ian Smith is one of the most iconic players in Scotland’s history. The Australian-born, wiry winger dazzled spectators in the golden age of international rugby.

Born in Melbourne and with the beginning of his childhood spent in New Zealand, Smith moved to England to be schooled at Winchester College. His further education saw him study at Oxford before reading accountancy at Edinburgh University. It was at Oxford where he was introduced to rugby and was part of the famous ‘quartet’ of Wallace, Aitken, Macpherson and Smith that impressed at the collegiate level of their era.

Smith opted to play for Scotland due to his Scottish parentage. With an impressive international career spanning nine years, he achieved everything possible within the game. Notably playing in 32 international tests for his country and two for the British Isles (*now British Lions), The ‘Flying Scotsman’ scored 24 tries whilst representing his national side – all of which were accumulated during 5 Nations or Home nations fixtures and a record that stood until equalled and then surpassed by Ireland’s Brian O’Driscoll in 2011.

In 1924 he toured with the British Isles to South Africa and it was on this tour where the team were first referred to as the British Lions that we know today.

In 1925 he secured his place in Scottish rugby history by competing in all 4 games that secured their first grand slam.

After several more successful years in the blue jersey he eventually captained his country in 1933 and led them to a Triple crown against the home nations.

After his playing career, he practised law and served in the Royal Army Ordnance Corps during the Second World War. Passing away in 1972, he is still remembered as a legendary figure of Scottish sport and was posthumously inducted into the Scottish Rugby Hall of Fame in 2013.

He was great, of course, 'The Flying Scotsman', but when he was our captain in the 1933 Triple Crown success, we never had team talks before the game. He would just tell us to get on with it; no great plans or anything, because he didn't know much about the game.